The 2021 competitors really embodied the ideals of the Pioneer Prize: Whether they’d ever coded before or not, everyone pushed their own boundaries of excellence and grew new skills that really advantaged them — and they did all of this in addition to their school curriculum. 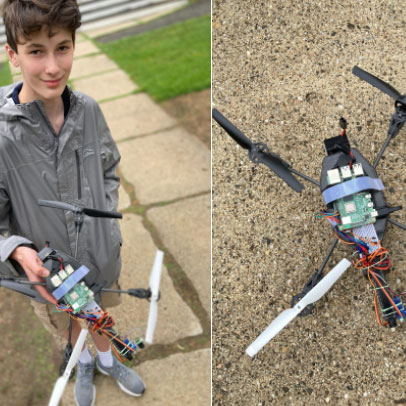 
After careful deliberation, the judges awarded the first prize cash award of $3,000 to Ian Bowden, age 15, of George Stevens Academy. Ian conceptualized and wrote the code for a program that could auto-pilot a basic, store-bought drone using artificial intelligence for navigation.

“As a middle-schooler I played a lot of video games, and I wanted to learn how to code so I wrote my first game, which was terrible but I’d started to learn it, and then I heard about the Pioneer Prize and that really made me interested in code.” 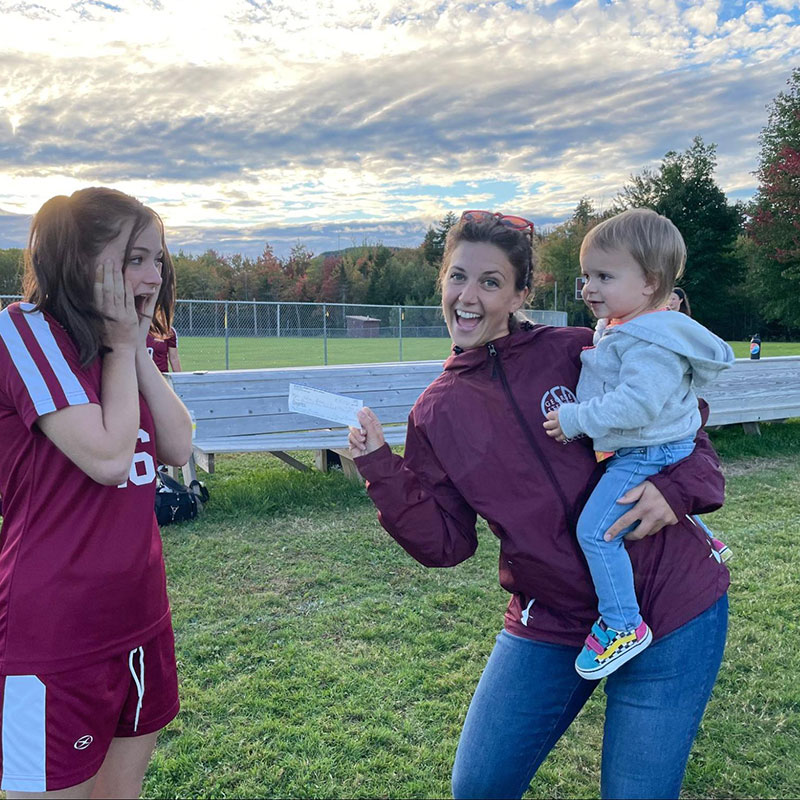 
Isla Day won the $1,500 second prize with a web-based game that enhances environmental awareness: Players interact with Isla’s animated page using clicks to virtually remove plastics from an ice flow, helping to preserve the home of an adorable polar bear; along the way, players are presented with 22 ways to make a difference in the real world.

“I had no idea what this was going to be like,” according to Isla Day, age 14, from George Stevens Academy, “But I learned a lot and it was good so I’m glad I did it!”

According to her mentor, Eli Baird, “Isla had this great idea and it was ambitious because she’d never coded before. We were impressed she took on this coding challenge: She learned a ton, animated her illustrations and made her idea come to life.”


Third prize of $500 was awarded to first-time competitor Khang Nguyen, age 17, also from George Stevens Academy. Khang developed a working prototype for a website that helps users choose which destinations align with their travel objectives, using factors such as budget, climate, and more.

The 2021 competition producers included Baird, Todd Gilmour and Marion Dillon Morris, all of whom helped ensure the success of the competition with dedicated service behind the scenes of the five-month long annual competition.

“The Pioneer Prize competition challenges students to learn life-building skills that can have such an impact on their lives moving forward. I’m always so impressed with what they come up with, it’s very inspiring!”
Marion Dillon Morris, Executive Producer, Pioneer Prize

This year’s challenge was the first to incorporate a design-thinking session, in which students learned how to structure research with potential users and build ‘empathy maps’ to craft a well-scaled ‘solution path’ for their project. “The design-thinking session was composed of a mix of legacy and first-time participants,” according to Gilmour, “and it’s structured so that everyone advances their ideas, their creative-thinking and these career-building skills up a level.”

When asked if she would join again next year, Isla Day replied, “Oh, yeah! And I’m going to get my friends to join too!”

The quality of the submissions this year made selecting a winner a real and exciting challenge for the judges. It’s exciting, inspiring and impressive to see the creative and cognitive ability of these students manifest in their submissions. 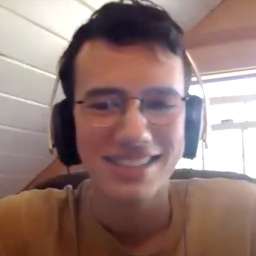 
Second prize, $1,500, was awarded Ian Bowden, 15, George Stevens Academy. Ian — a first-year Pioneer Prize participant — demonstrated “great initiative and impressive growth during the competition” to create an integrated system incorporating a range of technologies and a back-end database for his cross-platform real-time transportation tracker, so that he and his friends would “never miss the bus again!” 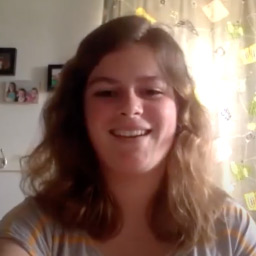 
Chloe, age 15, (George Stevens Academy) a second-year participant in the competition, created a web-based, personal environmental-impact tracker. According to Buck, Chloe impressed the judges with her “perseverance, gamified concept and potential for social impact.” 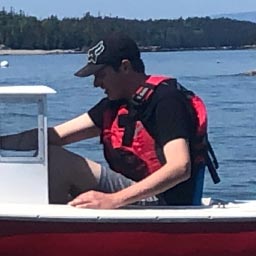 
Gavin, age 14, (Deer Isle High School) shined with his prototype for a custom-built fishing boat with an electric-only drivetrain. “His was an outstanding project with an incredible connection to the community.”


Colton, age 14, (Deer Isle High School) was recognized for his web-accessible boat-driving simulator, demonstrating “great vision and flexibility in the face of challenges.” 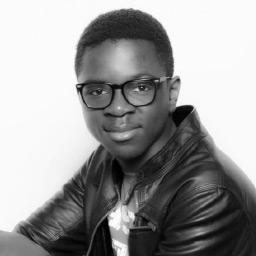 
Daniel Lekan-Salami, age 15, (George Stevens Academy), was recognized for “the sophistication of his ideas.”

The Pioneer Prize gratefully acknowledges the contributions of so many in the community who breathe life into this initiative.

Get news and registration dates for our 2021 competition.